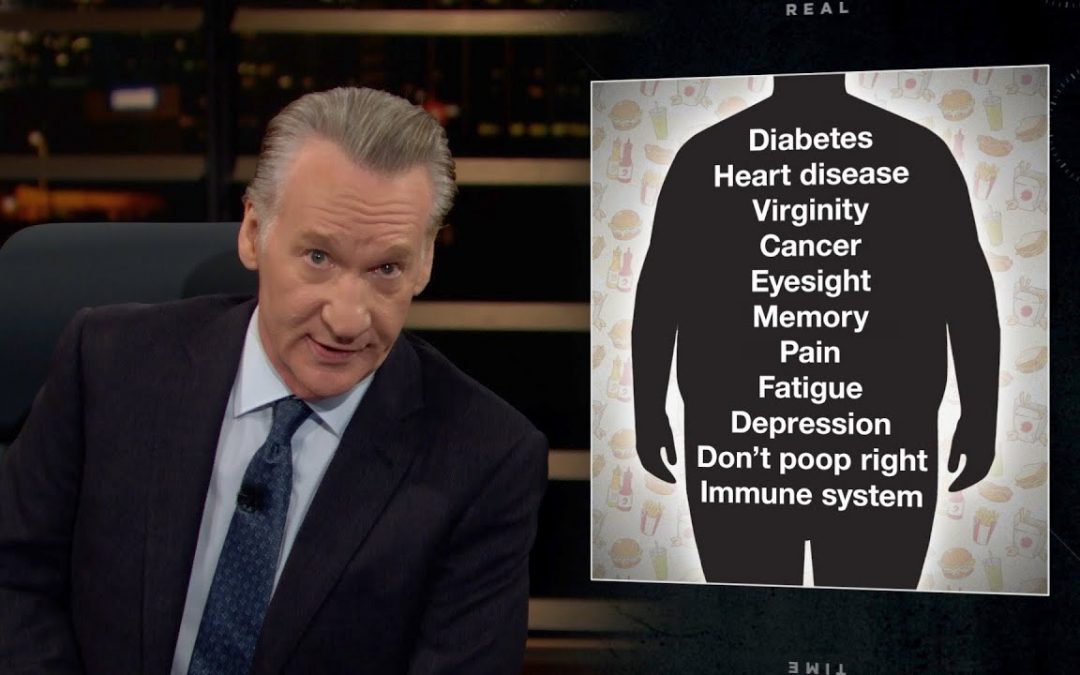 “In August, 53 Americans died from mass shootings,” the host of Real Time with Bill Maher told his live studio audience in Los Angeles. “Terrible right? Do you know how many died from obesity? Forty thousand. Fat shaming doesn’t need to end it needs to make a comeback. Some amount of shame is good. We shamed people out of smoking and into wearing seat belts. We shamed them out of littering and most of them out of racism. Shame is the first step in reform.”

What would my reaction be if a person I did not know walked up to me in a supermarket, looked into my basket and had negative comments for me as to “why” the cake/cookies/sugar drinks were among the items present?  How would I respond if the person had derogatory comments about my body and then proceeded to admonish me about my choice of grocery items?  Due to the amount of lawyers in our area, I would probably not punch the person for fear of a costly civil suit, but rather, break out my New York vernacular and tell him with some f-bombs included where to go and what to do with him/herself.

My wife was raised in Eastern Europe and she has told me that it is commonplace in her former culture for people to openly comment to people they do not know about their opinions of the person’s weight.  She tells me stories of seeing strangers approaching shoppers in stores and negatively comment on their choices based on the buyers’ weights.

The talk show host Bill Maher was quite candid about his thoughts:  “Fat shaming” needs to be embraced and not made akin to racist or homophobic comments.  With obesity-related illnesses killing hundreds of thousands of people a year, Maher feels that people holding each other accountable, even in harsh ways, can contribute to the solution.

I would love to hear your thoughts on this subject.  Please send your comments to our Facebook page https://www.facebook.com/Serotonin-Plus-Weight-Loss-Program-293558424055181/

or via e-mail to: info@spdiet.com.