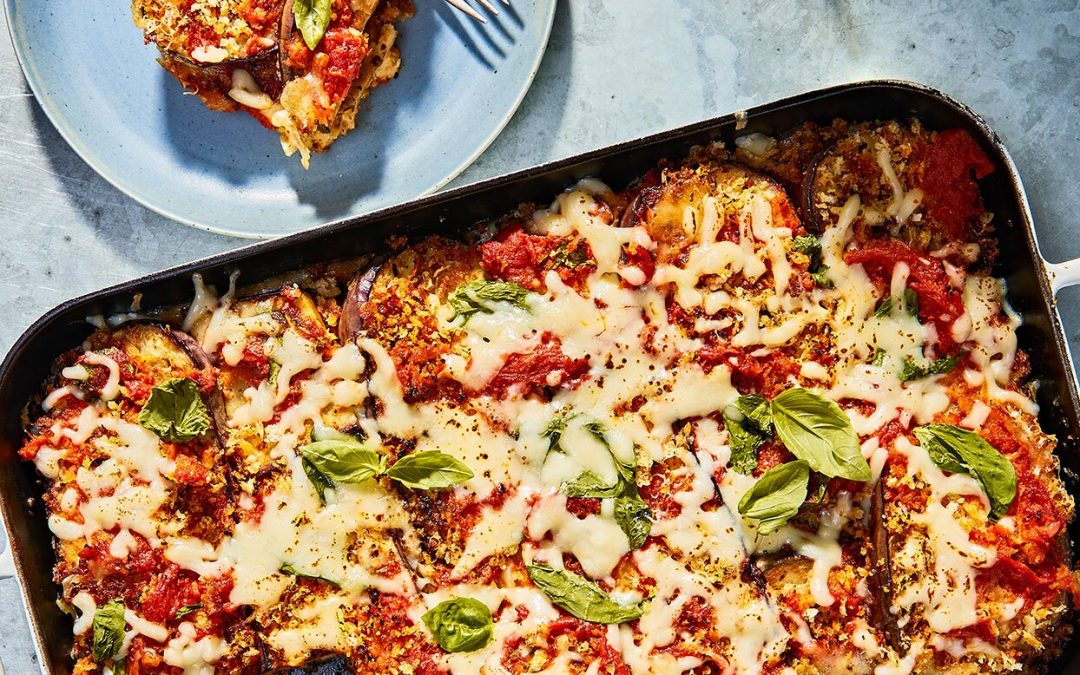 1 small bunch curly kale, stripped from the stems and chopped (about 6 cups)

1. Position 2 oven racks in the middle and upper third of the oven, and preheat to 425ºF. Line 2 rimmed baking sheets with parchment.

2. Cook the oil, garlic and 1/2 teaspoon salt in a large skillet over medium heat, stirring, until the garlic just starts to turn golden, 4 to 6 minutes. Add the tomatoes; rinse the can with about 1 1/2 cups water, and add the tomato water to the skillet. Add the kale and basil, bring to a simmer and cook until the sauce thickens, about 25 minutes.

5. Turn the oven to broil. Spread a little of the sauce on the bottom of a broiler-safe 9-by-13-inch baking dish. Arrange half the eggplant in the dish in as close to an even layer as you can without overlapping too much. Spread half the remaining sauce on top, then 1/4 of the mozzarella. Top with the remaining eggplant, sauce and mozzarella and the Parmesan. Place the baking dish under the broiler until the cheese is melted and browned, about 1 minute. Serve immediately, while the cheese is still warm. Sprinkle the top with the parsley.