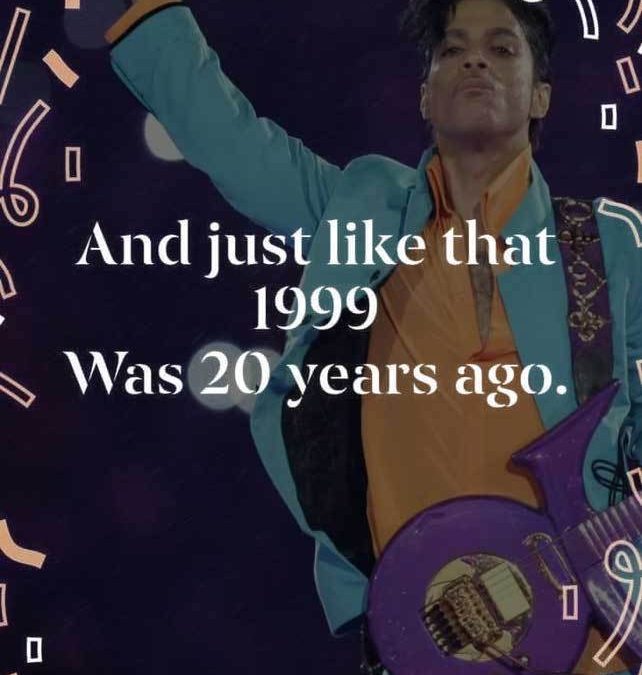 Prince Rogers Nelson (much better known simply as “Prince”) was a 7-time Grammy Award winning musician/singer/songwriter and sold millions and millions albums.  His 1984 album, Purple Rain alone sold over 13 million copies.  Unfortunately, Prince passed away from an accidental fentanyl overdose in 2016.  He was only 57 years old.

One of Prince’s most popular songs was “Party Like Its 1999”.  For those of us older than 40 years old, turning back the calendars to over 20 years ago brings us to a time when we were able to “party” more and not gain weight.  Here are some examples:

As we get older, the harsh reality is that our metabolisms slow down year after year and we simply cannot eat/drink as much as we could years ago without gaining weight.  Additionally, as the years pass, often orthopedic issues will occur that will limit the amount/intensity of exercise we can perform.  Losing weight becomes more challenging as the years pass as pretty much all of us have experienced.

Although we cannot “Party Like Its 1999” (or in the case of baby boomers like me, 1979) anymore, no matter what our age, weight control success can certainly still be achieved.  This is a matter of adjusting to the changes we go through with age and altering our dietary/exercise patterns to account for these changes.  We have many people entering our program 70 years old-plus and lots and lots of weight loss is seen.

So, I am not suggesting that all “partying” needs to be eliminated OR “partying” needs to redefined with age as watching a movie on Netflix and taking Metamucil before bedtime.  However, we cannot “party” like its 1999, 1989, 1979 or 1969 and be at our healthiest/happiest weight.  Please enjoy one of Prince’s best songs.