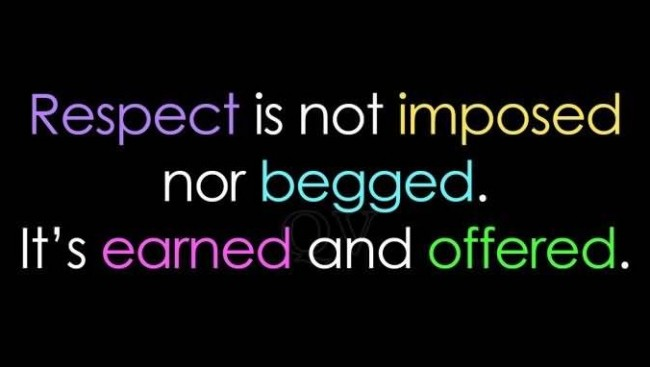 One of my favorite songs from the 1960’s was the Arethra Franklin song, “Respect”.    Ms. Franklin made a bunch of great songs but this was my very favorite.

“Respect”: a feeling of deep admiration for someone or something elicited by their abilities, qualities, or achievements.

“Respect” is something we feel for ourselves as well as for others.  Does effective weight control heighten “respect”?

Let’s first explore self-respect.  I consider the opposite of this “self-loathing”.  I often hear people refer to themselves as being “bad” or “cheating when they have had a weight gain week.  I quickly try to get them off those descriptions because this self-loathing is a negative energy that will propel a person to want to “quit” his/her efforts.  Nobody “respects” a bad person or cheater, so clearly, from an introspective look, we increase respect for ourselves when we successfully accomplish our mission of weight control.

How about other’s respect?  As much as we would like to think that people evaluate, judge and “respect” us based on our accomplishments and persona, there is often heightened respect afforded us when we are in better shape.  Personally, one of my motivating factors in getting up to exercise every morning is that I know I cannot be an overweight/obese “weight loss” doctor.  I would lose the respect (and credibility) of many people, including myself for not “walking the talk”.

There are many, many more important reasons to control weight, but on the long list of benefits is an increase in R E S P E C T from others and ourselves.