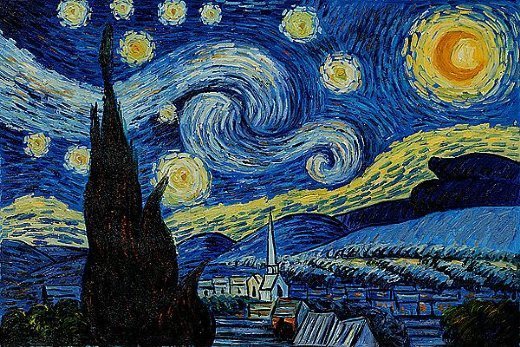 Vincent van Gogh was a Dutch painter that died at the very young age of 37.  His works only received great fame after his death.  He was quite prolific in his painting with thousands of paintings to his credit.  He was sort of a tortured soul despite his great artistic talents and died from complications from a self-inflicted gun wound.  Don Mclean’s 1971 song “Vincent (Starry Starry Night”) was inspired by his reading of a book about van Gogh.

Okay, Art History 101 class is now over, so what is the relationship of Vincent van Gogh and weight control?  Many of Van Gogh’s written works were published after his death and here is a quote that bears relevance:  “If you hear a voice within you say ‘you cannot paint,’ then by all means paint and that voice will be silenced.”

For those people with long-term weight control issues, there is often that voice within that will say: “you cannot lose the weight”.   When that “voice” becomes louder and more frequent, this will compel the affected people to stop trying altogether…basically throw in the towel and say “I give up”.  When this mindset occurs, there is clearly no chance that weight loss success will occur.

How do we stop this internal “voice” from stopping our efforts?  The very best way is to get on a “roll” and have momentum kick in.  Kick into gear with a very concerted and focused effort for one week and see that 2-5 pounds come off.  Use this as inspiration to follow the same plan the next week and get that next 2-5 pounds off.  Prove to yourself that weight loss is possible and that “voice” telling you that you cannot lose weight will be silenced.

Controlling weight will allow us to be healthier and live longer…and paint if that is your hobby.