Are Drive-Throughs Off Limits? 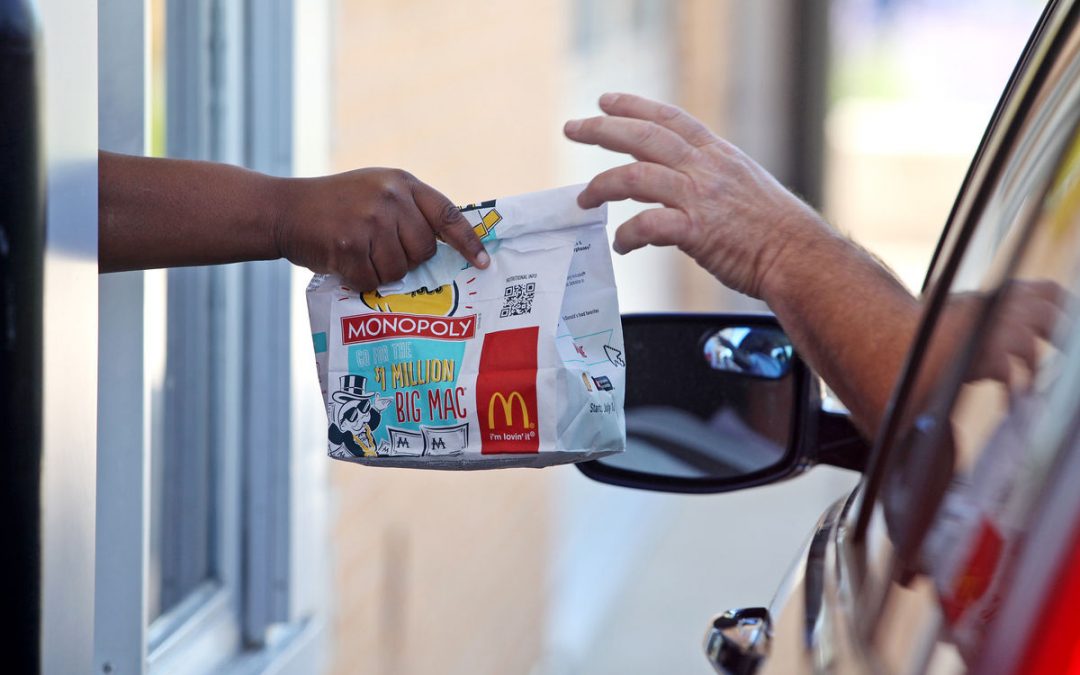 Face it…we all have done it, with many of us doing this at least once a week if not more:  Going into a “Drive-Through”.  A bit of history here: The first drive-through restaurant was in 1931 at place called “The Pig Stand” in L.A.  The first burger joint drive through was in 1946 at an “In and Out” restaurant and McDonald’s opened their first drive-thru in 1975.  Now?  Any major rode with stoplights will boast a whole bunch of drive-thru places.

When we take a look at the obesity rates, the growth of obesity parallels the growth of fast-food restaurants.  These food places are not the only causes of the obesity epidemic but they sure contribute to it.  They are convenient, fast, have expanded hours, our kids love the food and they are relatively inexpensive.

Often, I have patients, when asked specifics about their meals, I will hear:  “I went to McDonalds for breakfast but took the eggs and sausage off the bisquit” or “I drove through Wendy’s for lunch but I took the burger off the bun”.

Drive through places produce lots of potential problems for weight control efforts.  The quality of the proteins being presented are not nearly the same as the ones you are getting from supermarkets that you prepare at home or finer dining places.  Hence, one of the reasons why they are so cheap. Also, the temptation exists for purchasing other potentially derailing items such as the hash browns, fries, shakes etc.

When I was in the Navy, some bars in town were labeled “Off Limits” because invariably, sailors would get into trouble at these places: fights, robberies, etc.  In the case of weight control I believe that any restaurant that offers a drive through option should also be considered “Off limits”.