Are You A Enabler, A Derailer or A Helper? 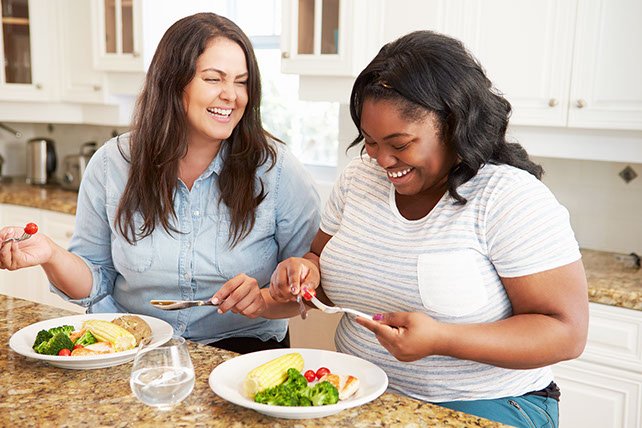 Before you ask yourself the question posed in the title of this entry, let me explain what I mean by the words “Enabler”, “Derailer” and “Helper” (as these pertain to weight control).

“Enabler”:  This is a person that will help facilitate another person’s poor choices when it comes to weight control.  As an example, the enabler will agree to partake in eating/drinking activities that will clearly be detrimental to their friend’s/colleague’s/family members’ suggested destinations.  Rather than say, “No…let’s not go to The Golden Corral buffet for dinner, but instead let’s head to the fish/seafood restaurant”, the enabler will quickly agree to join in the buffet experience.  The “Enabler” will also head to the dessert bar with the overweight/obese comrade.

“Derailer”:  This is the person that will intentionally try to thwart another person’s weight loss journey.  A classic example of this is the “Candy Jar Person” at work who feels his/her main job in life is to supply other people in their office with candies.  With 70% of our population being overweight, why would someone believe it is a “nice/good” move to offer up snack items that hurt people.  Another example of the “Derailer” is the person that pushes other people to join him/her in derailing eating/drinking activities.  “Oh come on…you can break your diet for one night…”

“Helper”:  This is the person that is cognizant of other people’s weight control efforts AND will support them in their efforts.  An example of this is the person that organizes a walking or biking group that meets several times per week.  That person will often arrange for members to bring “healthy” snacks and drinks for the group.  Another example of a “helper” is the person that will prepare lots of protein and vegetables to serve guests at dinner parties as opposed to pasta and other carbs.

During your long-term weight control journey you will encounter lots of “Enablers”, “Derailers” and “Helpers”.  As best as possible, try to associate more with the “Helpers” and less with the “Enablers” and “Derailers”.   And for you?  Try to be a “Helper” to those around you that are trying to become healthier and happier via successful weight control.