Build It And He or She Will Come 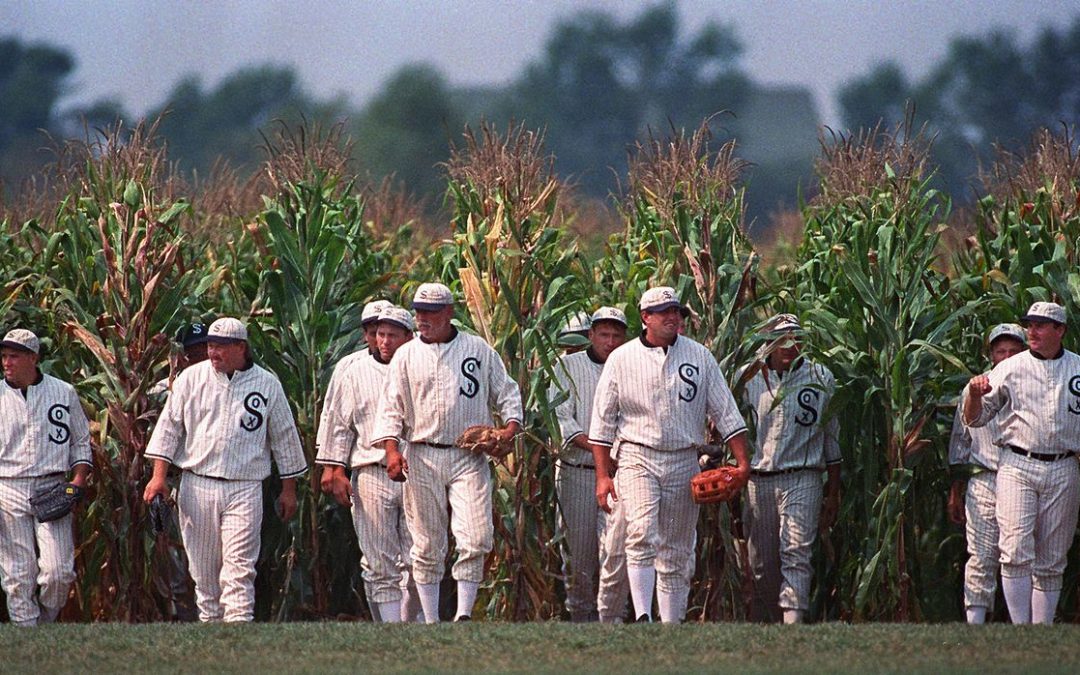 I am writing this entry on the morning of the day that a very unique and interesting baseball game will be played.  Major League Baseball built a stadium in Dyersville, Iowa within walking distance from the staged baseball field that was used in the 1989 movie Field Of Dreams.  For those of you that have not seen this film, the story is about a farmer in Iowa (played by Costner) who starts hearing an eerie voice in the corn fields telling him to “Build It And He Will Come”.

No one else can hear this voice and soon Costner feels that the voice is telling him that he needs to place a baseball stadium in the middle of his cornfields.  This is a very expensive undertaking and also will reduce his income due to less crops.   Not knowing exactly “why” the field she be built or who “he” is that is supposed to come, the stadium is built and after months, a ghost-like famous dead baseball player by the name of Shoeless Joe Jackson appears who happens to be Costner’s deceased father’s favorite player.  Then a whole bunch of other dead and famous baseball players appear on the field and only Costner, his family and a famous writer played by James Earl Jones can see/hear the players on the field.  When their playing day is finished, the players disappear into the outfield corn fields only to reappear the next day.

The story is really about a father/son relationship that was fractured and they never had the chance to make amends before the dad passed away.  Eventually, Costner’s dead father also appears on the field as a young baseball player and the two have a baseball catch at the end of the movie, and it became apparent that the “He” in “Build it and HE will come” was the father, allowing Costner to make peace with his tortured mind about never having the opportunity to reconcile with his Dad.

So, what, may you ask, does anything mentioned above have to do with the weight control arena?  Here goes:  Your efforts, focus, dedication and sacrifice to your own weight control efforts are sort of “building” something…and that “something” is a much healthier and happier version of “YOU”.  Similar to Costner’s character in “Field of Dreams”, where he gleans no immediate benefit from his herculean efforts, eventually he is rewarded with a life-changing occurrence.  In the case of successful weight control, the “He or She” that will come will be a person that will live longer in a healthier state to enjoy many more future family gatherings and occasions.

“Field of Dreams” is one of my favorite movies.  I wish I had my Dad back one more time to talk and play catch with him.  Enjoy some of the very famous scenes from the movie.  And if you are a guy, do not be embarrassed if tears come streaming down your face when watching the last clip.   This scene always makes me cry.