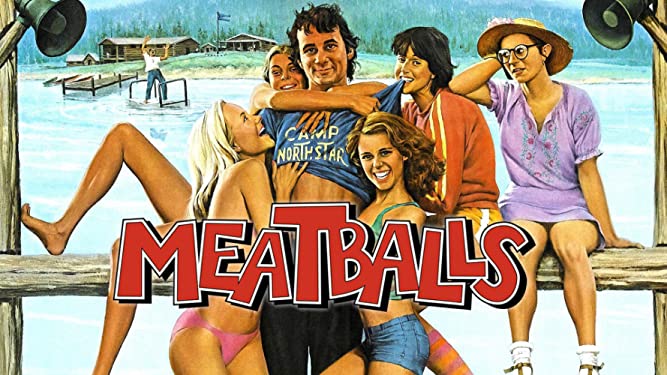 Before Ivan Reitman and Harold Ramis collaborated on the very famous movie, Ghostbusters, they worked together on another movie that ranks as one of my favorite comedies:  Meatballs.  For those Saturday Night Live and Bill Murray fans, this was his first feature film. The story was about a bunch of hijinks that counselors were involved with during summer camp.  One of the funniest scenes involved Murray’s character (the head counselor) giving a motivational speech to the camp on the evening before an athletic competition against a ritzy camp close by.  Murray was exhorting his fellow campers and counselors to compete hard, but emphasized that “It Just Doesn’t Matter!!!”.  (see the video link below)

Switching subjects (but I will tie these together shortly):  I read that a giant comet, which scientists say is arguably the largest comet discovered in modern times, is on its way toward the sun and will make its closest approach to Earth in 2031.  The good news:  The astrophysicists are able to determine that this comet will not collide with Earth, so therefore the comet is no threat to us.

Most of us have seen “disaster” movies such as Deep Impact and Armageddon where the story lines involve doomsday scenarios of comets that are going to hit the earth, kill all living things but due to heroics of some of the characters, the trajectories of the comets are changed and Earth is saved.

So, here begs the question:  If we knew that the comet heading our way, and was in fact, on a collision course with Earth in 10 years, would the following MATTER?

There are many more bullet points that could be added to the “It Just Doesn’t Matter” list.

However, the comet will NOT strike us, and the odds are very strong that we could, health permitting of course, live LOTS more years.  All of the “It just doesn’t matter” items become “It DOES matter”.  Very importantly, it matters GREATLY how much quality time we can enjoy with our loved ones.

Successful weight control will position you for being able to enjoy the people and things that matter most.  Sorry Tripper (Bill Murray’s character in Meatballs), it DOES matter very much.