For Love Of YOUR Game 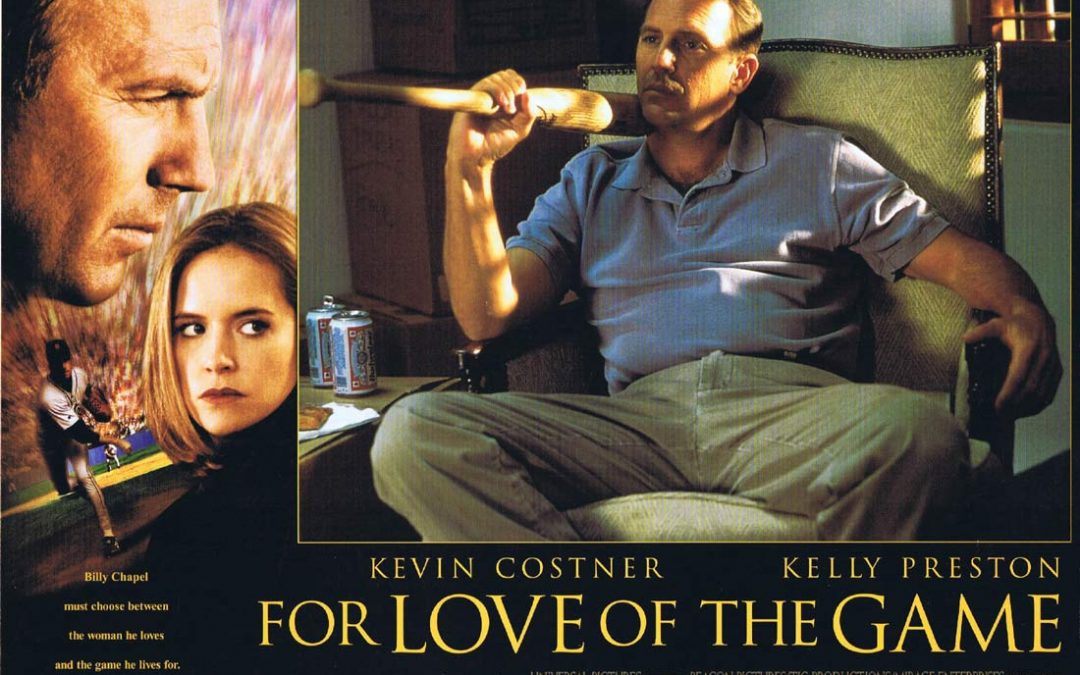 I am a big fan of the actor, Kevin Costner and he is well-known for his roles in the series Yellostone as well as his leading roles in Bull Durham, The Untouchables, Dancing with Wolves and my favorite, Field Of Dreams.  A lesser-well received movie was the 1999 flick For Love Of The Game.  Mr. Costner played the role of an aging pitcher playing in potentially his last game of his illustrious 19 year career playing for Detroit.  He was pitching in Yankee Stadium with a very hostile crowd rooting for the Yankees.  As the game is progressing, he has flashbacks to his romantic history with a woman (played by Kelly Preston) and his failure to prioritize his relationship over his professional career.  Despite being older and having arm fatigue, he proceeds to pitch a perfect game (for those non-baseball fans, this is a rare occurrence in which a pitcher does not allow one baserunner over the entire 9 innings).

At the end of the movie, right before the end of the game, he sends a baseball to the new owner of the team, writing on the ball:  “I quit…For Love Of The Game.”   The meaning of this:  He wanted to go out on top and not continue to play with waning skillsets.  The “perfect game”, i.e. the very best game any pitcher can pitch, would be a glorious way to end a career…not playing past his prime and pitching less and less well.

Enough movie talk and on to the weight control field:  I believe anyone over 55 years old reading this entry can relate to thinking about how long we can keep “playing” at a high level.  I am not referring to sports, but rather, performance in many roles that define our lives.  Professionally and personally, we all strive to be at our very “best”, despite aging.  Personally, I LOVE being able to come to work and try to help my patients become happier and healthier.  I also LOVE being able hang with my loved ones and play games, run around and do fun stuff.

We all have many “games”, referring to aspects of our lives that we are involved with.  Maintaining good health allows us to continue to be at “peak performance” and not have to stay on the sidelines.

Stay steadfast and focused on your weight control efforts…For Love of YOUR game.