Having A Short Memory 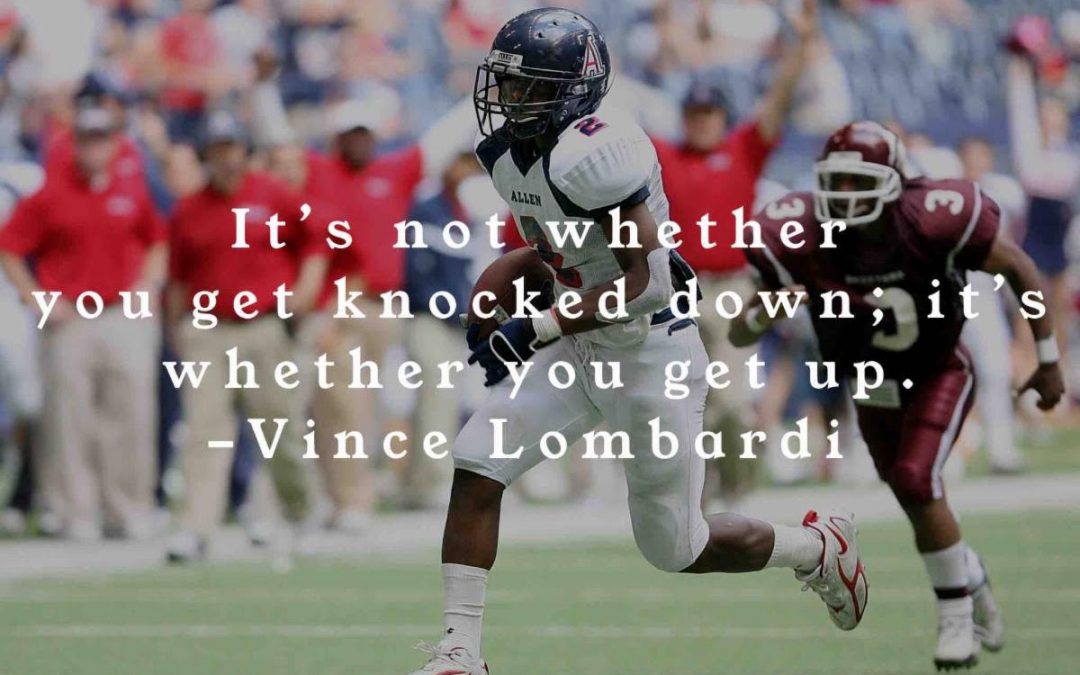 Any football fans out there?  I know we are all very concerned about the upcoming football season as to whether there will be a season at all.   College football seems to be in limbo and the pros are one training camp outbreak away from delaying their season indefinitely.

Over the years following the NFL, there have been countless times when I have heard interviews with cornerbacks including statements such as “You gotta have a short memory when you play cornerback in the NFL.”  What is meant by this statement:  If a cornerback had a horrible game, allowing the opponent’s receivers to catch lots of passes, the sentiment is that it is very important to shrug this bad performance off, prepare for the next game and try to shut down the receivers that are about to be faced.  Essentially, the mind-set should be to NOT spend time dwelling on what happened the previous week, but rather, devote the time to preparing for the upcoming game.

Bringing this off the football turf and into the weight control arena:  A similar concept exists.  If you have a difficult/challenging week of weight control, try to shrug this off and spend time preparing to make the next week more successful.  Perhaps spend a little time thinking about the factors that led to the challenging week and behaviors and then bring this knowledge to shaping the following weeks.  Do not spend negative energy beating yourself up but rather, bring the learning from that experience into devising the game plan for long-term weight control success.