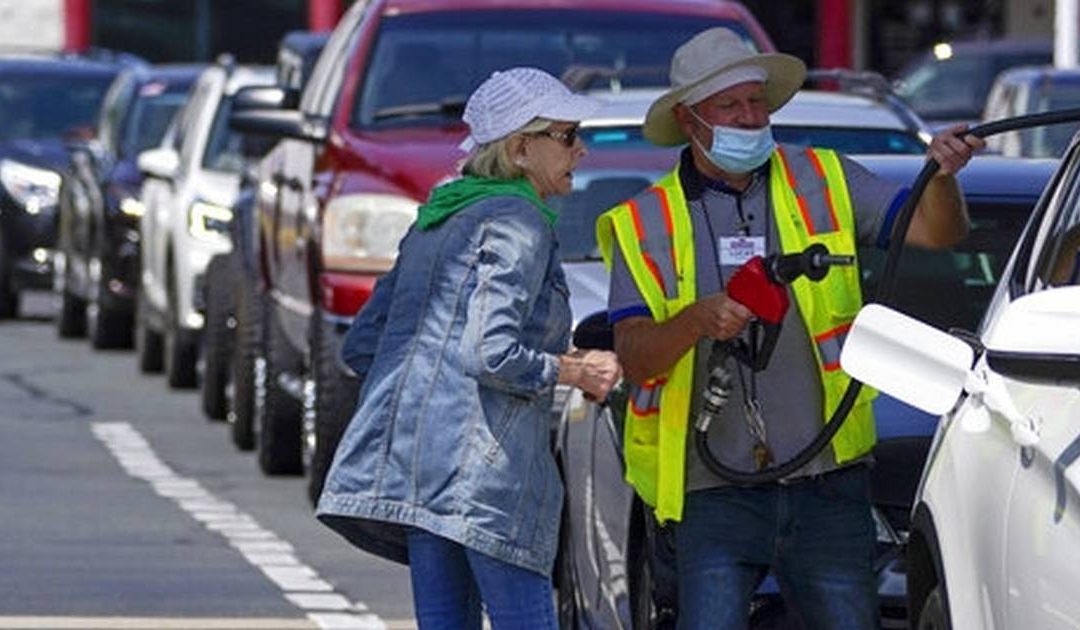 For those of you that lived through the oil embargo in the late 1970’s, watching the lines of cars waiting to fill up their tanks at the gas stations brought back some old, not so good memories.  Back in President Carter’s day, the lack of oil was the issue as we were at that time, dependent on foreign oil.  Now, the source of this shortage was hackers interfering with our pipeline technical infrastructure.  The news reports blamed the lines and stations running out of gas on people topping off their tanks and unnecessarily filling up portable gas tanks and such.

We do not need to go back to the 1970’s to remind us of a similar situation on shortages of commodities.  Less than a year ago we could not find toilet paper, paper towels, chicken breasts and a bunch of other items in the stores.  Because of the pandemic, shipments to stores were limited, people got scared and lots of hoarding of these commodities took place.

Human nature:  This is a very powerful force when it comes to motivating us into actions and behaviors.  If we feel that our “essential” supplies are threatened, we will take the steps to secure these items, even if in reality, the supplies are not truly limited.  How many rolls of toilet paper in our storage area need to be there for us to feel secure during a 6 inch snowfall?  How much milk and eggs do we need in our refrigerators to give us peace of mind when a one day ice storm is predicted?  And how many gas tanks need to be filled to 105% when the Russians hack our system and our government tells us that things will be fixed in several days?

The point: Human nature often has us taking extraordinary steps to “secure” ourselves and families to the point when these actions are not based on reality.  I would bet that many people rushing to the store for toilet paper during the early pandemic days had plenty of the paper in their houses already and probably over 50% of the people in line for gas yesterday had tanks more than ¾ full.

To the weight control arena:  Why do we not feel the same compulsion/urgency to move quickly and aggressively on losing weight when the weight is placing our health in great jeopardy?  Having a heart attack, stroke, diabetes complications or cancer certainly seems more dangerous that having to wipe our butts with tissues instead of toilet paper or having a half a tank of gas left instead of 2/3 when the gas stations return to normalcy.

The point:  Human nature will often have us focus on taking action on things that are truly not dangerous to us as opposed to other things that place us in much more peril.  Human nature also has us seeking immediate gratification as opposed to delayed gratification.  Successful weight control requires us to rise above the more primordial aspects of human nature to make the right choices.  We should all approach our weight issues with urgency.