Listening To Your Body 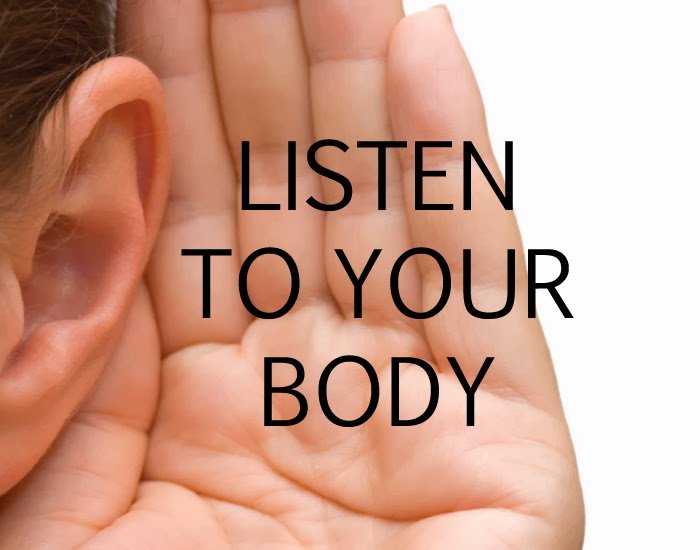 I often write about the impact of “human nature” factors on weight control.  One of the many aspects of human nature involves the concept of “denial”.  Many people, in the quest to maintain their current lifestyles, will subconsciously not pay attention/act on warning signals that may be occurring physically or mentally.  As an example, I have had many patients tell me that weeks or even months before their heart attack, they were experiencing an abnormal shortness of breath and/or chest discomfort.  They chalked these symptoms up to allergies or indigestion rather than confronting the obvious:  the symptoms were possibly/probably heart related.  These patients did not have a death wish, but rather, they went into a mode of “denial” because subconsciously, they were hoping for the best, but afraid to find out about the potential worst–case scenario.

More likely than not, we will feel symptoms before a major, catastrophic health emergency occurs.  Yes, there are a few cases when no symptoms occur at all prior to a major health emergency.  Rupture of an aneurysm, a large pulmonary embolus and a sudden abnormal heart rhythm are examples of situations when there are no earlier warning signals.  However, these are in the minority…most people will have some sort of symptoms before major health events.

It is VERY important that we all “listen to our bodies” as we progress through life.  If you are running and feel significant hip/knee pains, rather than deny the probability of a significant orthopedic issue, get in to see your doctor and have this worked up.  If unexplained headaches, fatigue, chest discomfort, shortness of breath or other symptoms occurring, do NOT go into a “denial” mode…call your doctor.

Specifically focusing on weight, denial plays a role as well in avoiding becoming proactive in weight control efforts.  Listen to your body:  If you are having joint pains, low energy and other symptoms that can be caused by poor weight control, pay attention and move into action on this.

No denial modes…listen to your body!