Thanksgiving and The “Tapas” Approach 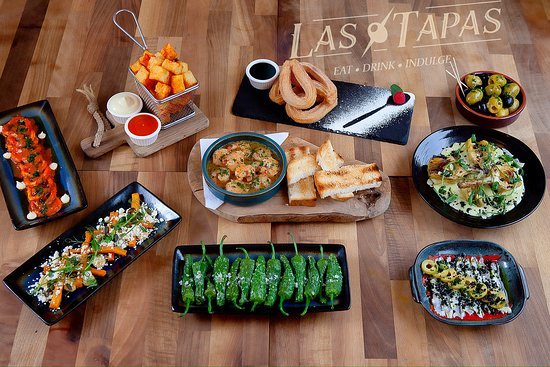 As mentioned in previous posts, the average weight gain in American between Halloween and Nee Years is 7.4 pounds.  One of the reasons for this is Thanksgiving week and the accompanying traditional foods, drinks and desserts that are part of this holiday’s celebratory gatherings.   Most families will gather around a table that will include lots of protein sources such as turkey, ham and prime rib.  However, there will be additionally lots of carbohydrate choices such as potatoes, stuffing and pasta dishes.  I hate to disappoint you, but string beans bathed in thick mushroom soup and covered with fried onion rings ain’t exactly a Serotonin-Plus approved vegetable exchange!

There is certainly no expectation on our end, nor should there be on yours, of trying to stay completely “Phase 1 adherent” during this incredibly fun and loving holiday.  I am not recommending and nor should you self-impose some sort of “avoid all carbs” approach.   To do so would detract from the fun of the holiday and our weight loss journey should not be viewed a punitive and taking away of enjoyment.  However, it would be prudent to limit the amount of these derailing food and dessert choices.

Here is what I suggest:  Let’s take a lesson from those Spanish-inspired “Tapas” restaurants.  Those venues are known for their small plates of foods…sort of snack/appetizer size plates with relatively small portions.  During the Thanksgiving meal, arrange a “Tapas” plate consisting of a tablespoon of the mashed potatoes, tablespoon of the stuffing, tablespoon of the pasta dish, etc.  This will avoid large portions of the major derailing food sources.

Similarly, when it comes to those luscious looking desserts, make a “Tapas” plate adding a small amount of the pumpkin pie, cheesecake and whatever else appeals to you, yet in larger amounts will create weight control issues that week.

An important point:  Even if weight is not lost or there is a gain Thanksgiving week, do NOT stress out about this and spend negative energy beating yourself about your eating behaviors.  Place positive energy into the next week to adhere closely to Phase 1.

The ultimate goal of a weight control journey is NOT to “ruin” holidays by placing restrictions on all of the food/drink sources that we love.  The goal is to position yourself to be healthy for many more future Thanksgivings with your loved ones.