The Impact Of Past Scarring 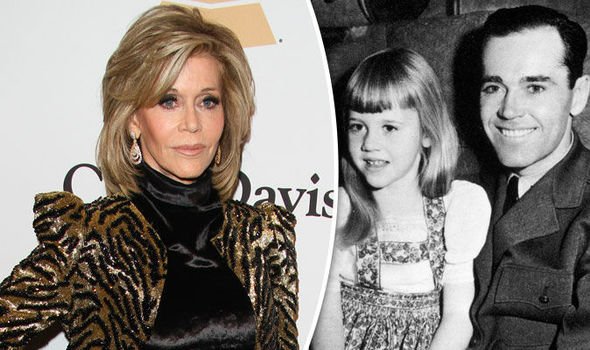 Last week I was watching an HBO documentary special about the actress Jane Fonda.  Ms. Fonda is an Academy Award winner (name the picture for trivia points!) and also known for being a political activist.  During the Vietnam war she actually visited North Vietnam, and photos were taken of her hanging out with North Vietnamese soldiers as well as visiting, with supervision, American POWs.  She was vilified back in the states for her activities that were called by many as “treason” and “aiding the enemy”.  There were many calls for her to be tried as a traitor to the United States.

Ms. Fonda is the daughter of the now deceased actor, Henry Fonda.  Mr. Fonda, an Academy Award winner himself, was viewed very favorably by the public and press.  However, his daughter, during interviews seen on the documentary, describes quite a different persona.  Jane details many instances when her father denigrated her about her weight.  Ms. Fonda also stated that her father insulted her mother frequently as well about his wife’s weight.  Incidentally, both Jane and her mother did not seem to have a weight control problem in the least.

Jane Fonda described a life-long battle with anorexia and bulimia.  Her mother committed suicide and according to Jane, 4 out of the 5 wives her father had suffered from eating disorders.

I know this is a very sensitive subject but it is one that should be self-analyzed:  Are there any past experiences, either as a child, teen or adult, when someone has made you feel poorly about yourself, more specifically due to your weight control struggles? When this psychologically-scarring judgement comes from a parent or a spouse, this may very well cause long-term impacts on our psychological well-being.  I have had many patients tell me that when they were growing up a parent (usually not both, and more often than not the mother) would constantly be criticizing them about their weight.  This produced an extremely fragile psyche that resulted in complex relationships with food and “dieting”.

If you believe that past scarring from parental of spousal criticisms are still impacting your weight control efforts, professional counseling may be a great investment of your time and resources.  Getting to the “root” of a problem is a great method of enacting a strategy to overcome these challenges.

If you need a referral to a counselor, please reach out to me confidentially: robertposnermd@spdiet.com