The Role Of Cortisol 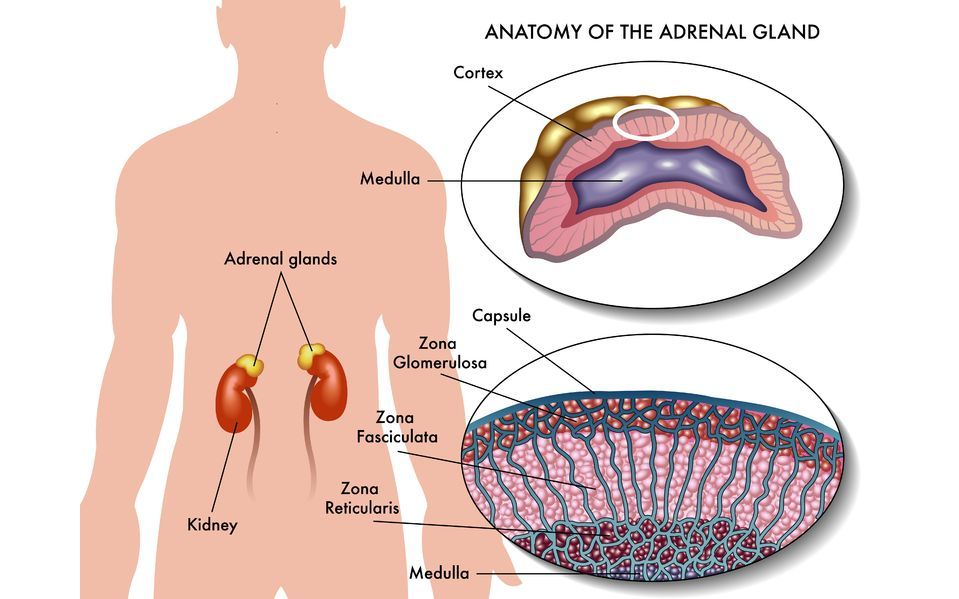 The adrenal glands sit on top of the kidneys and are responsible for making a number of hormones:

These chemicals are often referred to as the “flight or fight” hormones because they are released in increased amounts when the body is under stress.

Let’s focus on cortisol:  Cortisol has many functions in the human body, such as mediating the stress response, regulating metabolism, the inflammatory response, and immune function.  However, chronically high levels of cortisol may lead to deleterious health issues.  Long-term increased cortisol may increase your risk for high blood pressure, heart disease, type 2 diabetes, osteoporosis, peptic ulcer disease and other chronic diseases.  Cortisol may increase appetite and signal the body to shift metabolism to store fat.  Weight gain is seen in people with diseases that cause the release of too much cortisol (Cushing’s syndrome, Cushing’s disease).

I actually did a very rudimentary study years ago in the practice when we measured cortisol blood levels in patients that entered our program, comparing those overweight/obese people that subjectively felt they were under much stress compared to those patients that did not feel stressed out at all.  We did NOT find higher levels of cortisol in the “stressed” group vs. the “non-stressed” group.

A few thoughts here:  Yes, I do believe that when we feel under constant stress this leads to unhealthy conditions, including weight gain.  However, this weight control issue is based much more on stress eating/drinking than on having a high cortisol level.  Another point: There are a number of supplements that claim to reduce cortisol and thereby help people lose weight.  I am VERY dubious about the actual validity of these claims and I suggest that “buyer beware”.

Unless there is a true physiological reason for very high cortisol levels (pituitary tumor making too much ACTH, adrenal tumor making too much cortisol, Cushing’s Syndrome), we really cannot “blame” high levels of cortisol for weight control problems.  We most certainly can navigate around chronic stress and the adrenal gland implications to still be successful in our weight control efforts.