This The Season For Eggnog 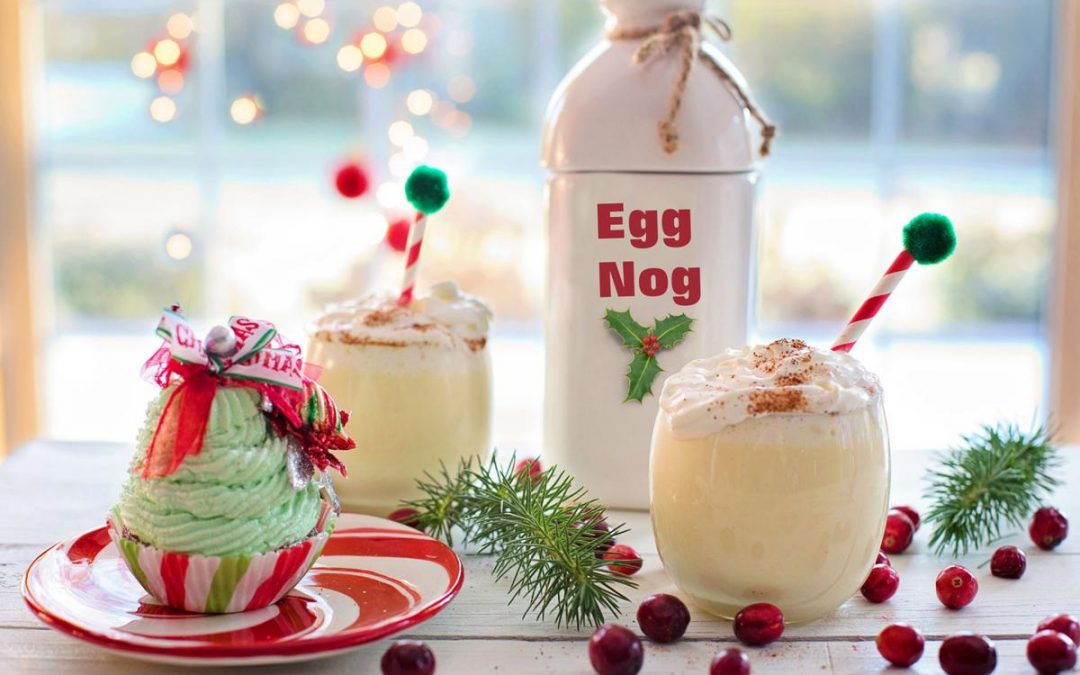 In the middle of July, I challenge you to find “Eggnog” in the stores OR go to some beach/pool event and find Eggnog being served.  This becomes an entirely different story from post-Thanksgiving through New Year.  The supermarkets prominently display eggnog for sale and many holiday gatherings will offer up Eggnog to the guests.

So first, what is Eggnog?  Eggnog is a rich, dairy-based beverage that is traditionally served around the holidays. Made with milk, eggs, cream, sugar, and seasoned with spices like nutmeg, the drink is usually served chilled.  Often, but not always, whiskey, sherry, or brandy is mixed with eggnog to give it a boozy kick.

A brief history of Eggnog (thank you Mr. Google): Eggnog comes from a hot and milky British beverage from the Middle Ages called “posset.”  Posset, which was made with hot milk curdled with wine or ale, was thought to be a cold and flu remedy.  Monks in the 13th-century were known to mix eggs with their posset. Since milk, eggs, and sherry were typically reserved for wealthy people, eggnog was frequently used to toast prosperity and good health.  The drink made its way to the U.S. sometime in the 18th-century. Brandy and wine from overseas were heavily taxed, so Americans took to spiking their eggnog with rum, and eventually bourbon or whiskey.  The drink quickly became very popular in the States. Even George Washington served a similar libation to guests on special occasions.

The nutritional facts of Eggnog(1 cup):

The bottom line for weight control:  Take a pass on the Eggnog (but continue to eat those eggs for breakfast!)