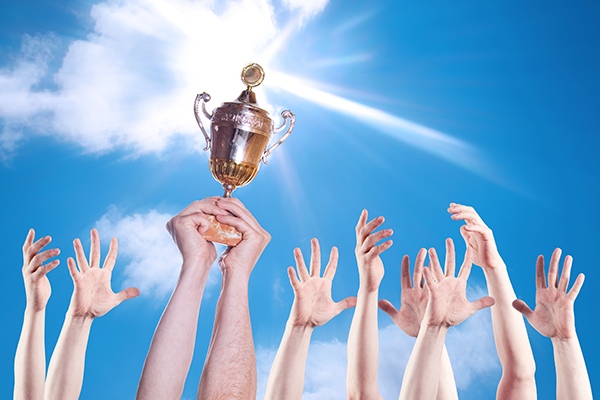 Let’s turn the clock back to the 1960’s-1970’s:  Youth sports were lots different than it is today.  Back in those days, the “sensitivity” level towards youngster’s psychological well-being were far less than they are currently.  As an example, when most of the games were being played on the streets without parental organization, teams were chosen by the captains (both were the best/strongest athletes) by going back and forth with “picks” to form their teams.  The best athletes were chosen first and the weakest athletes were chosen last.  Back then, even in organized sports, the coaches would sit the weakest players on the bench, and there were no rules about kids playing equal amounts of times.  If the weakest player was positioned in right field and a good left-handed hitter came up, the coach would embarrass the weak player by shifting the child to left field instead of right for that one hitter.  Back in those (ancient) days, awards were also not given to every child playing, but rather, the best athletes got those trophies.  All stars and team most valuable players received those trophies at the end of the year awards events.  The weakest athletes?  No trophies for them.

Now let’s bring this to the 80’s through current times: Parents have become much more sensitive over these years and in organized sports, EVERYONE receives trophies.  Yes, the very best athletes may still receive some sort of extra recognition, but EVERYONE received trophies simply for participating.

And what, may you ask, does any the above have to do with weight control?  Here goes:  Sorry for “retro-ing” back to the old, insensitive days, but an overweight/obese person is not awarded for simply trying to lose weight.  “Participation” is not enough.  Success in losing the weight and keeping that weight off is “rewarded” in many important ways:  Feeling much more energy, looking younger, coming off of medications, having less pain, etc etc.

The bottom-line:  On the weight control field, there are no “trophies” for everyone…only the “winners”.   Stay focused on your efforts to shed that weight and you will be awarded a number of “trophies”.