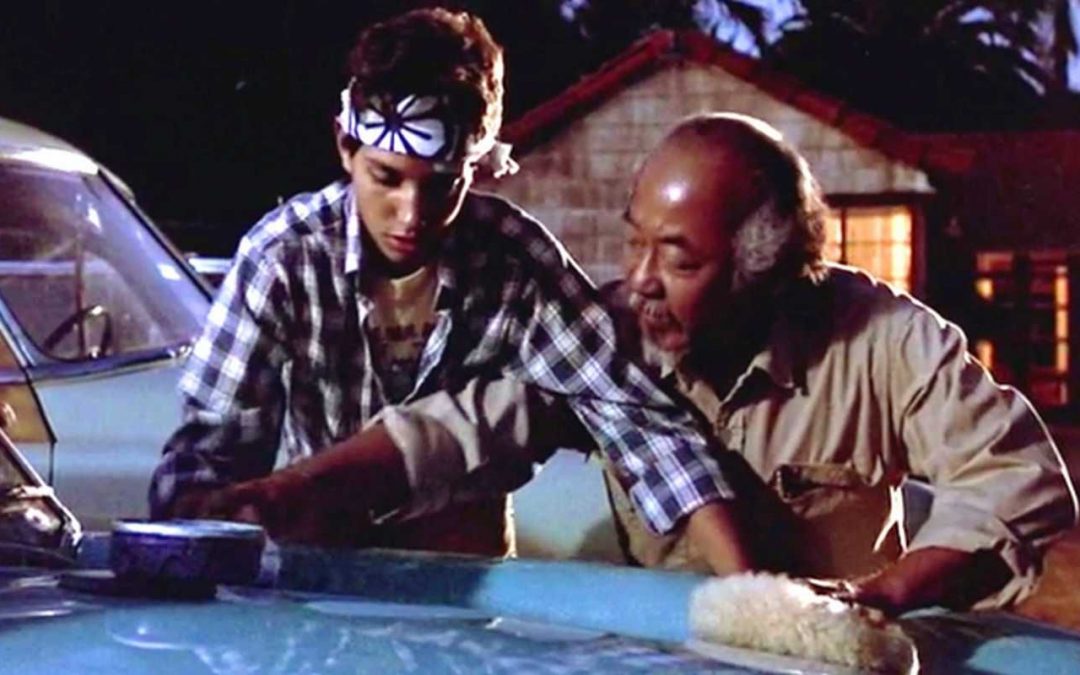 For those of you into nostalgia, turn into the Netflix series “Cobra Kai”.  This brings back, almost 40 years later, several characters from the famous movie, “Karate Kid”.  The original movie was about the mentoring of a good teenager (Daniel, played by Ralph Maccio) in karate and life lessons by a philosophical sense (Mr. Miyagi played by Pat Morita).  Not to be a spoiler, but the movie from 1984 ended with the good teen beating a bully (Johnny played by William Zapka) in a major upset at the karate finals.  One of the famous scened of the picture was the sense, Mr. Miyagi, teaching a defense karate move by having him wax cars.  The isntructions were to “Wax On/Wax Off”.  (see the link at the end for a good remembrance and laugh)

The series picks up years later on the two protagonist boys and the results of what happened to them over the ensuring years, with “Daniel” becoming a very big success, owning car dealerships and having a great family life as opposed to Johnny who appears to be a sort of burned out alcoholic.

Okay, enough of movie trivia and on to today’s weight control point:  Unlike the sense telling Daniel-san to “wax on and wax off”, your weight control sense, Dr. Posner, is instructing you to “weight off/keep weight off”.  Far too often, people’s weight control journeys involve “weight off/weight on”.  This is because the “usual” is to view weight control as “dieting” and a finish line is perceived.  Long term success involves behavioral changes and life-style adjustments that carry on.

So, for those of you that have been in the mode of “weight off/weight on” over and over again, please commit yourselves to a different approach of mind-setting to a permanent behavioral change.  Dr. Miyagi (oops, Posner) has the very philosophical recommendation of “Weight Off/Weight Off”.   Enjoy a classic movie scene: