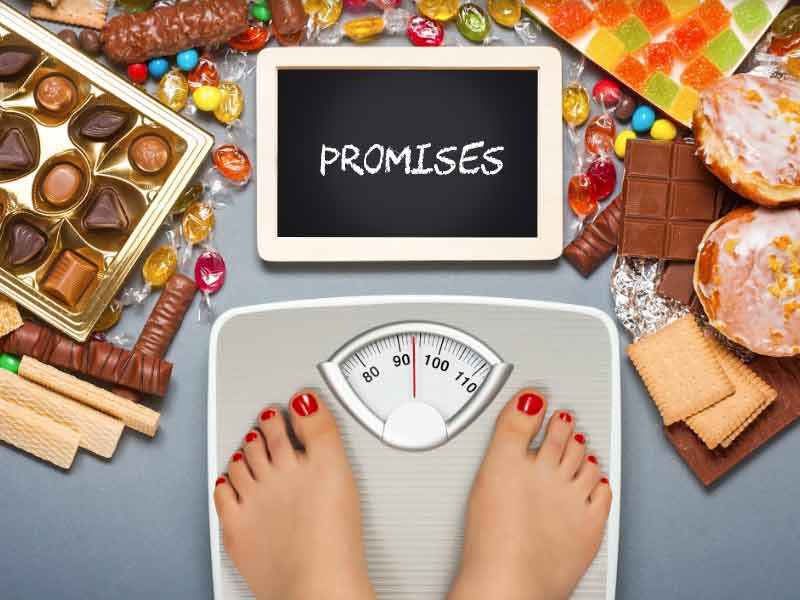 When we were children, one of the most major issues that would upset us was having our parents promise us something really fun, and then for whatever reasons, the promise was broken.  Perhaps we were told that a planned vacation trip had to be cancelled, the purchase of a new fun item for the house had to be delayed or some other thing/event we were told/promised would appear simply did not.

Let’s fast forward to adulthood.  Broken promises may also have contributed to down times of our lives.  Perhaps this was/is an employment situation where we were told the scope of work or progression of pay raises would occur and then did not. Personally, I would bet that every one of us have been disappointed by promises made to us by important people in our lives and then, for some reason, those promises were broken.

Now, to the weight control arena:  To some/large extent, when we embark on a weight loss/control journey we “promise” ourselves that this time around, we will be “good”…meaning being adherent to eating correctly, exercising and changing our lifestyles to the one that will finally rid ourselves of the weight permanently.   However, as we all know, there is a pretty good chance that we will fall off the wagon, revert to old behaviors and the weight goes back on.  To some extent, this “yo-yo dieting” pattern is a series of broken promises to ourself.

Being unhappy with ourself and to some extent, self-loathing because of breaking our own “promises” is not a great mindset to focus on, as this negative energy detracts from the positive energy needed for a long-term, successful weight control journey.  Past failures should not be viewed as broken promises but rather, understanding that the journey to improved health and happiness is not an easy one.  Do not beat yourself up about the past.  Do not “promise” yourself that you will not indulge, at times, on the foods/drinks that produced the weight problem.  Try to understand that we are all humans, subject to human behaviors and when we do have a challenging day/week that produced weight gain, move forward with positive energy to have the next day/week/month be much more successful.

And here is a promise I am likely to break at some point: I “promise” to have at least one blog per week be a funny one instead of all of these serious entries I have been writing recently.