Can Subtle Differences Be Important? 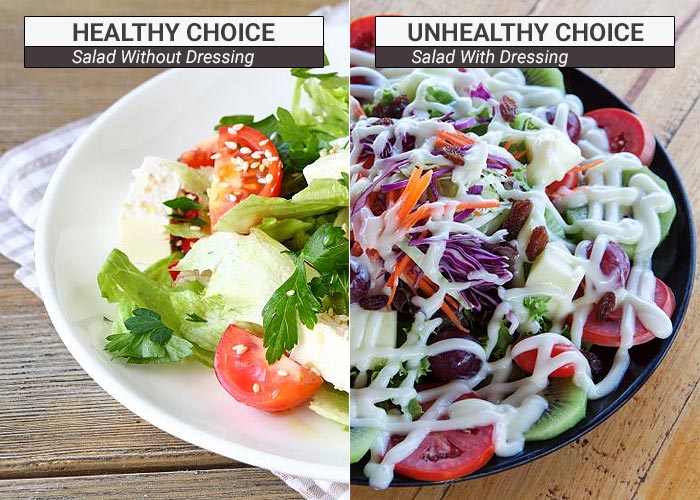 This entry was prompted by a lunch experience we had yesterday.  We went to the sports bar/restaurant, Glory Days.  Their menu does not exactly have a bunch of “Serotonin-Plus Phase 1” choices:  The “apps” are the usuals: nachos, pretzels with cheese, wings, etc.  The main dishes:  The usual assortment of monster burgers, cheesesteak sandwiches and such.  Everything of course being accompanied by fries.  The very responsible issue, however, is that the menu shows very clearly how many calories are contained in every one of their offerings.

Well, I suppose one could turn to their “Field of Greens” section on their menu, i.e. the salad offerings.  Here is what truly surprised me:  Two of their offerings sounded quite similar on the salad menu:  The grilled chicken salad and the buffalo chicken salad. Both had lettuce, mixed cheese, small tomatoes and some other vegetables.  The only difference that was apparent:  grilled chicken vs. fried chicken coated in buffalo sauce.

This is but one example of how subtle differences in food preparation can impact long-term weight control.  A lament I often hear from people that dine out often is that they “do not know how the food is being prepared, such as what sauces are used”.  Yes, these subtle differences can be quite important.

Another point:  Do not be lulled into a false sense of security by ordering a “salad”.  LOTS can be placed into that salad (such as fried buffalo chicken) that can totally undo the benefits of that salad.