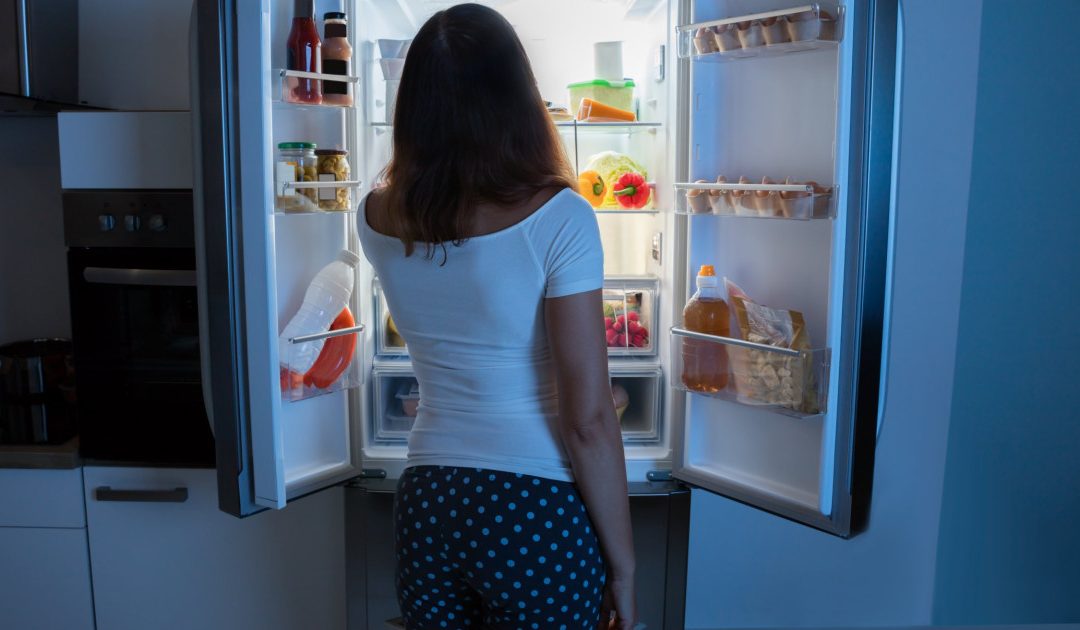 We have always heard that the most important meal is breakfast and according to a well-known/well-published nutritionist:  “We should eat breakfast like a King, lunch like a Prince and Dinner like a Pauper”.  This quote implies that most of our caloric consumption should come in the earlier parts of the day and food intake should be more limited in the evening.

One other aspect of later night eating:  The choices of foods may be different, i.e. perhaps more processed/microwavable foods, “empty calorie” foods such as chips and other similar derailing type foods are more likely to be eaten by the later night eaters as opposed to those that prepare/eat their dinner meals 6-7 PM.

Here is what the Serotonin-Plus Program recommends:  Try to not eat your dinner meal after 8 PM.  Although the studies are in fact, controversial, our 20-plus year experience with “real” people (not study patients) would indicate that the later night eaters do struggle more with weight control than those eating the meal before 8PM.  Our observation would also indicate that this is not a matter of poor food choices alone being the reason, but rather, a negative impact on metabolism.

For those people that work later into the evening and do not come up for air before 830-9PM, reality is such that it may be impossible to eat at home before 9 PM.  Consideration should be given to eating a meal earlier at work if the situation allows for this.

So the answer to the question posed in this entry:  Yes…eating late be detrimental to long-term weight control efforts.  And if this gives you any comfort (and it probably won’t) by the time you reach my age you can save $$$ at the “early bird specials” for those people above 55 that eat their dinner meal before 6 at restaurants that offer these deals.  To quote Billy Crystal in the movie “City Slickers”:  “My parents in Florida eat lunch at 10 am, dinner at 4 PM and breakfast the night before.”