Is Gelato Better Than Ice Cream? 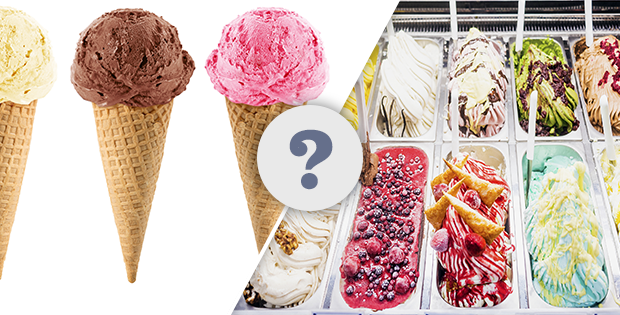 Last night we were strolling down a “restaurant row” in St. Petersburg, Florida and after dinner we found ourselves in front of a gelato place.  In the spirit of “Do as Dr. Posner says, not what he does”, I ventured into the gelato store and the array of flavors were amazing and I was enticed to order a cup.  For $5 bucks they offered up three different flavors in the cup.  Somehow, I convinced myself that the action I took was better, from a caloric standpoint, of wandering into a Baskin Robbins and having ice cream.

So, is gelato a better choice than ice cream if you are on a weight control journey?  First, a bit of a background:  Ice cream was apparently developed in China whereas gelato has it’s origins in Italy.  Both share the following contents:  sugar, air, dairy and flavorings added  The dairy comes in the form of creams or milk.  Egg whites can also be involved as a component.

An important point is also the “add ons” that we will tend to place on ice cream:  Syrups, hot fudge, nuts, cherries, etc.  With gelato, this is usually eaten without any of these additional high sugar/high calorie accompaniments.

The bottom line:  If one is confronted with the choice of gelato or ice cream, choose the gelato.  OR, be stronger than Posner and bypass both.  Also, choose the smallest size available, pick a cup as opposed to a cone and ask yourself the question before entering the store seeking ice cream or gelato:  “Do I really need this???”