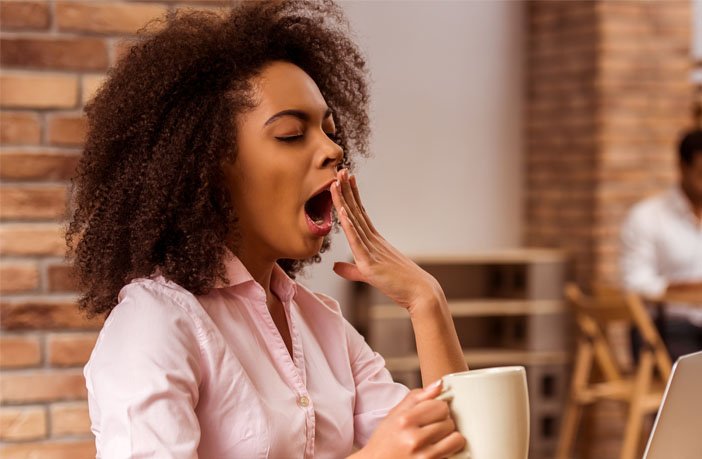 The average human yawns about 20 times a day.  The reason(s) why we yawn?  The answers are not conclusive but it is felt by most scientists that yawning originates from the brainstem and is provoked when carbon dioxide levels build too high. The yawn causes more intake of oxygen as well as the expelling of the excessive CO2.  There is also another chemical, adenosine, that may play a role as well.

All of us have also experienced the phenomenon of yawns being “contagious”.  When we are around someone that yawns, there is a pretty good chance that we will also feel a yawn coming on.  The reason why yawns are “contagious”?  This is likely to be attributed to the concept of “social mirroring”.  This is seen often in lower life form animals as well, such as mice.  We all have neurons in the brain called “mirror neurons” and these cause animals to mimic behaviors of others.  Social mirroring is felt to be both protective as well as a socialization instinctive behavior pattern.

Okay, if this entry hasn’t already caused you to yawn, here goes the pertinence of all of this to weight control:  “Social mirroring” is often one of the derailing components to weight control.  When we are around others that are downing the booze and feasting on the carbohydrates, we find ourselves compelled to do the same.  Unlike yawning that does not interfere with weight control, “social mirroring” others’ behaviors at social events will, in fact, be quite harmful.

When we are around someone that yawns, there is a 6X increase chance of us yawning.   During a long-term weight control journey, we must not allow the same “social mirroring” to influence our behaviors.  Yes, we have “mirror cells” that will produce a reflex-like impact, but we also have our “high intelligence” cells that will allow us to override the instinctive behaviors.

And, I am now ending this entry, written at 432 am on a Monday morning with a yawn of my own!